The neuroscience of musical entrainment: insights from EEG frequency-tagging

Entrainment to music is a culturally widespread activity with increasingly recognized pro-social and therapeutic effects. Music powerfully compels us to move to the musical rhythm, showcasing the remarkable ability of humans to perceive and produce rhythmic inputs. There is a wave of current research exploring the neural bases of this rhythmic entrainment in both human and non-human animals, in evolutionary terms and in development. One way to investigate these neural dynamics is frequency-tagging, an approach recently developed to capture the neural processing of musical rhythm with surface or intracerebral electroencephalography (EEG). Recent experiments conducted in healthy and brain-damaged adults, in infants and in non-human animals while exposed to rhythm will be presented. Results show that, although the auditory system presents a remarkable ability to synchronize to the rhythmic input, the neural network responding to rhythm transforms the rhythmic input by amplifying specific frequencies. This selective shaping is correlated to the perception and individual ability to move in time with musical rhythms. These different results may lead to a new understanding of the neural bases of rhythmic entrainment.

Sylvie Nozaradan, MD PhD, is an ARC Discovery Early Career Researcher at the MARCS Institute, Western Sydney University, where she joined in 2016 the Music Cognition and Action group headed by Prof. Peter Keller. Previously, she was a post-doctoral researcher at the Institute of Neuroscience, UCL (Belgium). She has a double PhD in neuroscience from UCL and the BRAMS, Montreal (Canada), for her work on the neural entrainment to musical rhythm. She has a dual background in music (B.A. and M.A. in piano, CrB, Belgium) and science (medical doctor, UCL). 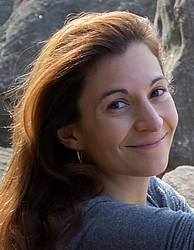 Variability, complexity and gender in musical cultures: Insights from experiments with epistemological waste

The coexistence of dance and music in societies strongly supports the hypothesis that the body and music share underlying dependencies immersed in the complex of social and cultural constructs. Afro-Brazilian musical cultures tacitly attach cultural and social patterns on the dancing bodies as a strategy to resist cultural epistemicide and communicate values, social roles, gender or religion among peers. How do we represent the musical knowledge lost in the complexity of cultural context?

Recent post-colonial literature suggests that a significant part of the knowledge is lost in the process of discarding “epistemological waste”: the process of discarding uncertainty encoded as variability and complexity of real contexts. We look at three experiments that cope with uncertainty as a method to understand musical knowledge in the “wild”. First, we discuss representations of Afro-Brazilian dance and music as maps of relationships across variables, rather than fitting variables in traditional representations of certainty. Then, the comparison between maps of relationships across Afro-Brazilian and Argentinian cultures helps to reveal how music and dance cultures can be distinguished. Finally, we look at common constructs, such as the communication and perception of gender, as a form to understand how social roles are encoded and represented in music and dance patterns.

Luiz Naveda is a professor at the State University of Minas Gerais (Brazil), director of the post-graduate program in arts and head of the research group Body, Music and Culture. He holds a Bachelor of Music (UEMG, 1999), a Master of Music Performance (UFMG, 2002) and a PhD in Musicology, supervised by Marc Leman at IPEM, Ghent University (Belgium, 2011). In recent years, he has published on a range of topics including musical gesture, embodiment, dance studies, microtiming, computer music, and interactive systems. Besides his academic work, he has authored music and visuals for contemporary dance, books, interactive applications and art installations using computer and electronics.  More information here. 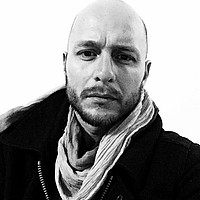 Moved by music: The role of empathy and social cognition in music-induced emotions

Music is imbued with the signs of human emotional expression and agency at multiple levels. Although it is likely that music capitalizes on multiple different psychological mechanisms in the induction of emotional experiences, one compelling account suggests that we respond to music as we would to the observed experiences of another person — with empathy. Furthermore, musical engagement (music-making, listening and dancing) involves and fosters a number of processes that are associated with empathy, such as embodied resonance, entrainment, and social bonding. One example of such a process is the feeling of ‘being moved’ – a powerful, rewarding experience often accompanied by chills, tears, and a sense of connection.  I will argue that the experience of ‘being moved’ is an inherently social emotion with prosocial motivations and functions. I will present findings from my recent empirical work, investigating the psychophysiological correlates of empathy, and continuous ratings of  ‘being moved’ in the context of music listening.

Jonna Vuoskoski is Associate Professor in Music Cognition at the University of Oslo, Norway. Her position is shared between the Departments of Musicology and Psychology, and she is also part of the RITMO Centre for Interdisciplinary Studies in Rhythm, Time, and Motion. After completing her PhD at the Finnish Centre of Excellence in Interdisciplinary Music Research (University of Jyväskylä) in 2012, Vuoskoski has held postdoctoral positions at the Universities of Oxford and Jyväskylä. Her main areas of interest are music-induced emotion, empathy, and the social and embodied cognition of music. 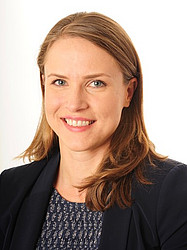 Riddles of time: Rhythm and temporal structure in language and music

Music and language both display unique temporal signatures which are exploited to create the building blocks of musical and speech sounds, convey meaning and foster interaction in human communication. After reviewing current concepts of rhythm and timing in both domains, I will focus on temporal structure in hybrid registers of “musilanguage” such as infant-directed speech and singing. Here, some results will be presented that highlight the relation between musical durations and the temporal structure of syllables and words. Furthermore, similarities and differences in form and function of rhythm between music and language will be discussed by considering rhythmic predictions. Rhythmic predictions in music emerge through recurrences of prominent events over time and have been shown to facilitate sound processing and to enhance attending to predicted points in time. The nature of rhythmic predictions in speech, whose prominences are less repetitive and isochronous than in music, is less clear. However, recent evidence indicates that predictions from musical rhythms can benefit language and speech processing and production in healthy and speech-impaired children and adult populations. These findings shed light on the general processes and limitations underlying rhythmic predictions during speech and music processing. They also reveal directions for future research on rhythmic predictions and predictive timing in language and speech production and their role in acquisition.

Simone Falk (Dr. Phil, Linguistics, 2009, Ludwig-Maximilians-University LMU, Munich, Germany) did her doctoral work on the relations between music and language in parent-infant interaction. She became Assistant Professor in Linguistics and Speech Therapy at the LMU Munich. Winning a 2013 Marie Curie Fellowship, she ran a two-year project on benefits of rhythmic predictions for language processing, speech perception and production at the Laboratoire Parole et Langage, University Aix-Marseille, France. Since 2016, she is Associate Professor of speech and language pathology at the University Sorbonne Nouvelle Paris-3. Simone Falk's research focuses on 1) rhythm, timing, and temporal structure in speech, with links to musical and motor rhythmic abilities, and 2) the role of infant-directed communication, in particular singing, during language acquisition. Her work is published in Cognition, Journal of Experimental Psychology (HPP), Journal of Cognitive Neuroscience, Child Development, and other major journals. 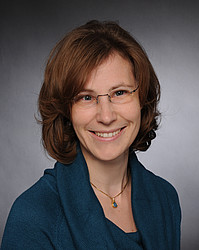